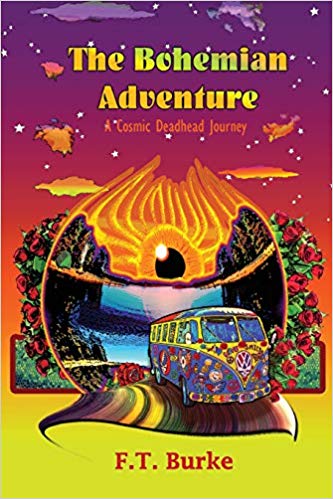 Are you living the life you’re truly meant to live?

The desire to fully answer this simple question drives Ted Senario to blaze a trail to a new beginning. Ted escapes to the shores of Lake Minnawanna nestled in the Michigan wilderness to live in solitude and reflection. He plans to experience his self-made re-birthing process alone in the bosom of nature. But Mother Nature has other plans. A tsunami of counter culture exuberance from a traveling caravan following The Grateful Dead engulfs his tent.

The magnetic and mysterious Cricket—a charismatic feminine pied-piper befriends Ted and pulls him into her world. Offbeat, humorous, engaging, electric Cricket names Ted 'The Bohemian,' and inspires him to follow an unplanned adventure that frees his consciousness and leads him in a new life direction.

Embarking on a thirty-three-day journey of self-discovery and revelry with this community of new-found friends, Ted takes his seat in a classic VW 60's era van and travels deep into his soul in the summer of 1993.