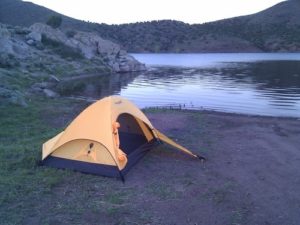 A midlife crisis is often something most people scoff at … until it happens to you.

Ted Senario found himself needing to explore the world. His desperation to find what was missing from his life drove Ted to seek out something new and to change the scenery of the world he had spent his life creating.

The traditional thought is that women face age with a feeling of dread. However, information and research reveal that men are far more susceptible to the feeling of emptiness as they grow into middle-age. After losing everything, Ted found he needed fewer things – things became meaningless. Ted’s greatest fear? That no one would understand, or possibly could understand, his sense of loss. And then he met a woman named “Cricket,” who shared with him her life outlook on how to live truly.

Ted worried about things he never thought he would. Impotence, vitality, and stamina were always in the back of his mind. Ted’s world was changing, and his mind was following suit. But everything was new to him, and his fear of these unknowns overwhelmed him. He spent more time idealizing what he would change in his life, but that led him into more unknowns. His fear was holding him back and he found himself unable to live his new life to the fullest.

Others may consider therapy. Ted saw many of his friends go into therapy and still end up in the midst of life’s worst stresses – a stressful divorce or the depths of debt. Ted’s choice was to get away from it all, to take up residence in a solitary camp in Northern Michigan. Solitude gave Ted a chance, at last, to consider himself by himself, in a natural setting. Yet it was only after meeting a group of wandering dead-heads that Ted realized he, too, could have a life of love and peace and fulfillment – not by living a solitary life but by embracing the human life around him.

Ted’s pursuit of his self drew him to the answer in his traveling companions. In “The Bohemian Adventure,” Ted Senario takes an unexpected turn in his life that would change everything.