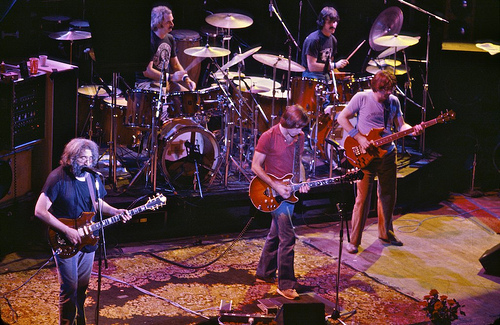 I’ll be honest – I’m not a fan of the Grateful Dead.

I’m a boomer – born in the post-War years and coming of age in the 60’s. So I was there musically through the birth of rock ‘n’ roll, from pre-Elvis crooners through Motown, the British rebirth of the American blues, and San Francisco’s psychedelic sound. Now, a half-century later, I replay that San Francisco sound – Big Brother & the Holding Company, the Doors, the Jefferson Airplane, Moby Grape, Country Joe & the Fish – and I shake my head in bewilderment.

What in the world was I hearing?

Truthfully, I was a fan of that San Francisco psychedelia in the 60’s and 70’s. But each of those groups had someone whose individual performance made up for the rest of the band. Ray Manzarek of the Doors. Grace Slick of the Jefferson Airplane. Of course, Janis.

There was another San Francisco band that was famous – the Grateful Dead. The Grateful Dead didn’t have a dominant “star” to front the band – their music was more of a collaboration (or competition) of the bandmates. Even then, I listened to some of what they produced and found it… well, confusing, even boring. I liked a couple of their songs (“Truckin'” and “Uncle John’s Band”) but most of it seemed a mishmash of notes thrown together by some acid-addled hippies.

And then I grew up.

Twenty-five years later, I met a Vice-President of a major international manufacturer … and discovered she was a fan. Much later, I learned of a Senator in the US Congress … he was a fan. I have since met more and more people, professionals, my age and much younger than my age … and they are all fans of the Grateful Dead. They are Deadheads. Now, over 40 years on, there’s a Grateful Dead channel on my satellite radio service. Any number of celebrities have identified as Deadheads – Presidents Bill Clinton and Barack Obama, Ann Coulter, George R. R. Martin, Alton Brown, Phil Jackson, Harry Reid, Walter Cronkite, Steve Jobs, Al and Tipper Gore.

All that “discovery” led me to a seat in a movie theater in Traverse City, to watch “Long Strange Trip,” a 4-hour documentary by Amir Bar-Lev, on the Grateful Dead and, more importantly, the culture that has grown up around the band. 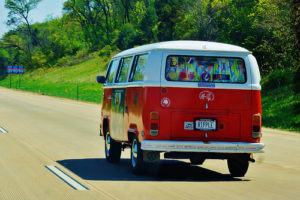 One portion of the film was dedicated to the Deadheads, an informal, organic community of fans and followers. That was a particularly instructive part of the film, describing (and showing) the many ways in which Deadheads show their devotion, not just to the band, but to the music, the culture, the attitude and the lifestyle that they all have in common. More than anything else, Deadheads are about sharing – sharing their space, sharing their food, sharing their drugs, sharing their music, sharing their laughter.

There has been another “discovery.” I had the chance to read a debut novel – “The Bohemian Adventure: A Voyage to Free Consciousness” – by new author F.T. Burke. Burke’s story draws on the Deadhead culture to give his protagonist (Ted Senario) a spiritual awakening. When he stumbles into a traveling band of Deadheads, Ted is trying to recover from the collapse of a midlife crisis. Surrounded by Deadheads, Ted finds an uplifted consciousness and sense of purpose. Burke’s book was a great introduction, for me, to the central tenets of the Deadhead community – that sense of sharing, of helping one another, of finding your place within the world around you, and of keeping that place intact against the familiar pressures of everyday living.

More than just a story – though certainly an interesting and entertaining story – F.T. Burke’s “The Bohemian Adventure” shows us how we can grow, even in middle age, to re-center ourselves into a sense of purpose and value. That value isn’t found in ourselves as solitary individuals, but in the community of like-minded people, sharing among that community.

It’s an important lesson – a lesson that the Grateful Dead were teaching almost 50 years ago, and one that they, and their faithful Deadheads, have been teaching since. Only those willing to listen were able to learn it.

I still don’t like the music of the Grateful Dead. But I understand now, through the film work of Amir Bar-Lev and the writing of F.T. Burke, that the Grateful Dead is not about the music. It’s about the community, about consciousness, about awakening.

In that view, the Deadheads aren’t dead yet. I hope they never die. I hope their “Bohemian Adventure” goes on and on and on …

This article was originally published at Bryan Watson’s blog here.